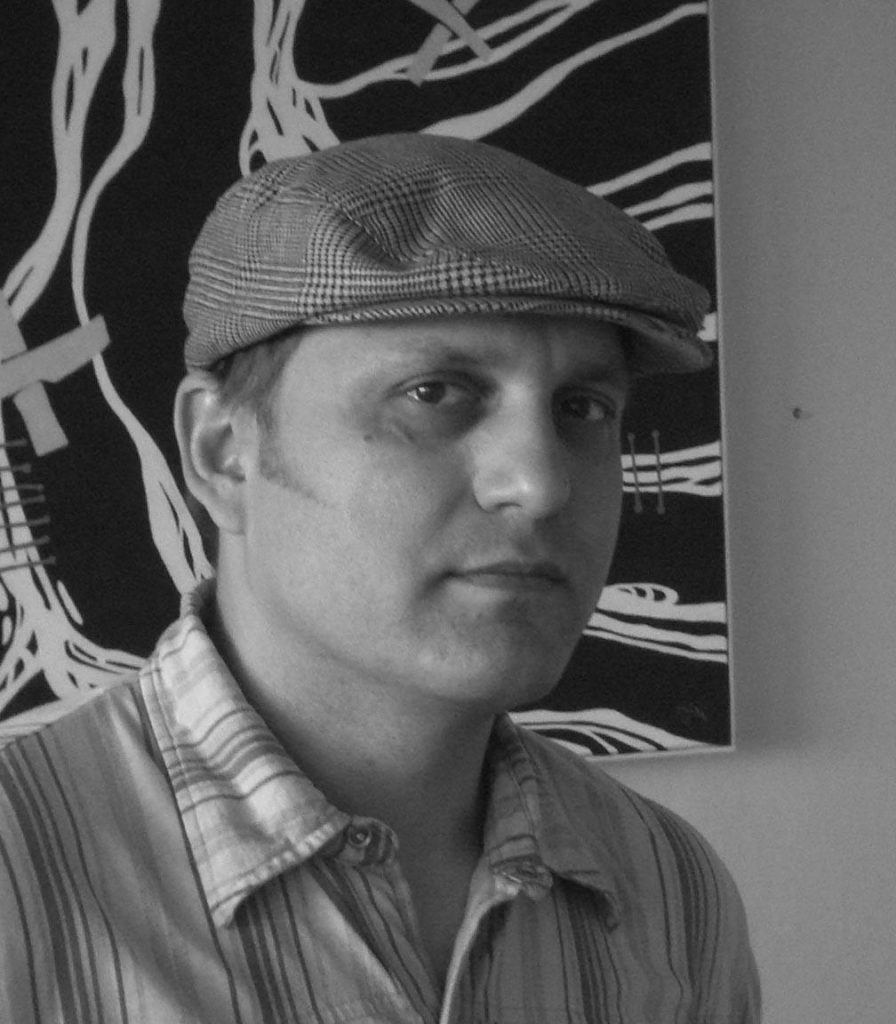 Jiri Hauschka is one of the most interesting artists to have emerged in the Czech Republic during the quarter of century that has followed the fall of the Communist regime“.

The work of Jiri Hauschka stems from his desire to express his own experience and share his thoroughly personal understanding of today’s world. It was formed by his life journey and his defiance against the conventional way of life, an effort to fight clichés and carve his own stubborn path in the world of art regardless of the pain it might bring. This path was shaped by his stay in the UK in 2005–2006 where he established contact with the theoretician and painter Charles Thomson, the person who in 1999 founded the movement known as “stuckism” in order to restore the position of painting in opposition to growing conceptual tendencies. At that time, Hauschka abandoned his early style which relied on abstractions of specific forms. After returning from Britain, he pursued a more realistic approach.

Jiri Hauschka’s work offers surprisingly varied interpretations, even though it is stylistically and thematically very compact. He transforms his theoretic background into an art form that represents his distinctive and unmistakable style. The author’s original stylisations, which resist all simple definitions that see them as lines of force, induction maps, motion fractals, time echoes etc., create a spatial form of something that the painter does not wish to express directly. The lines flow through the landscape, expanding through space or linking together individual elements in the painting. They seem to portray a flow of energy that represents fantastical parallel worlds built by the imagination.

Hauschka paints emotional landscape scenes; he is fascinated by the mystic and magical nature of the forest, the gloomy atmosphere of forest mists, the colourful lights of a night city. His art permeates the spaces of a modern metropolis. The painter is attracted to places where people have left their mark; sometimes, human figures appear in the composition itself. A pathway is for him a link between the city and the landscape, an interesting and contrasting geometric element that carries a symbolic meaning.

His art presents a direct correlation between message and form. Hauschka draws from his perception of reality which would have been far too ordinary if he hadn’t worked with the potential of emotions that make his themes exclusive. His creative approach is a synthesis of shapes and feelings in the essential conflict between reason and emotion. In thinking of parallels, I keep returning to an oxymoron: seeing sounds, hearing images. The author focuses on the problem of blending and “fluidity” from different perspectives with the precision of a scientist. His deliberate approach is contrasted with the delicate dreaminess and poetic nature of the resulting work. This gives his canvases a much stronger expression and an enormous dose of authenticity.

The lines of his forces, clearly organic in origin, complete the composition of the painting or serve as subtle accents. They develop without regard to the limitations of the format, as if their map continued further into our own reality.

Jiri Hauschka has stubbornly and steadfastly constructed his artistic vision which has won him recognition on the international level. His paintings carry a positive tone without burdening audiences with a “description” of the creative struggle. The international context and a precise creative profile are the two main qualities that Hauschka brings to the Czech art scene. Artists with such a heavily concentrated focus are somewhat rare in our country. We should therefore value the painter’s strong will and the ambition to go deeper in his work and increase its sophistication.